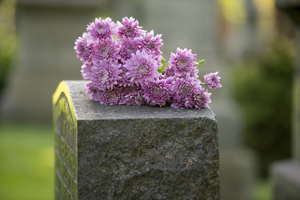 Ceremonies frame our lives and are an important part of our life’s story. A funeral can be a burial or a cremation and is a significant ritual that helps us to remember the person who has died, say goodbye, and start adjusting to life without them.

Many people have clear ideas about the kind of ceremony they want after they die; they may have set out their instructions in their will, written them down, or talked to you about them. It’s important that their wishes are respected as far as possible. Sometimes, however, it’s not clear what kind of ceremony the person wanted. In this case, it’s up to the nearest relatives and the executor of the will to make those decisions.

There’s plenty to think about, not least practical considerations: how will the funeral be paid for? Can you get help with the cost? How should you choose a funeral director, or can you make your own arrangements?

This guide is here to help you.

What to do before you start arranging a funeral

Check the will and any papers to find out

If there aren’t any special instructions for the funeral ceremony, remember the person’s faith, culture and beliefs. If they followed a particular faith or wished for a secular funeral, it’s important to arrange a ceremony that reflects these. Your local mosque, synagogue or temple will be able to help, or contact the British Humanist Association for advice on non-religious funerals.

Paying for a funeral

When you arrange a funeral, whether burial or cremation, you will be responsible for payment of either the entire cost or partial costs. There are several ways to pay:

A funeral is a significant expense at a difficult time. Talk through the arrangements you need to make with a friend or relative, and try to arrive at a manageable budget. There are optional elements that can increase the cost and that you may decide not to include. The Funeral Director’s quote should give you a detailed, costed list of both essentials (non-discretionary) and optional (discretionary) extras.

As an outline guide, a basic funeral includes these services:

You and the family can make some arrangements yourselves. You could use your own transport to and from the ceremony, organise your own flowers, and hold the reception at home.

If the person who has died left no instructions for their funeral, it’s up the the executor and relatives to made the choice between burial and cremation. How you decide is very much a personal choice, influenced by factors such as religion, beliefs and principles. Some faiths, such as Islam and some Christian denominations forbid cremation; in other faiths, such as Hinduism and Buddhim, cremation is an essential requirement.

There are more cremations than burials in the UK. Generally, cremations are less expensive, though don’t assume this; fees can vary according to where you live.

A good place to start is with recommendations from friends, relatives or your GP. You can also search these directories for funeral directors in your area:

You should aim to visit several Funeral Directors so that you can compare quotes and costs. Bear in mind too that some may not be available on the same day as your chosen funeral venue. Most importantly, talking to a Funeral Director should give you a sense that your needs are going to be met thoughtfully and that you are being listened to.

Use this checklist to help you decide which Funeral Director to appoint.

Your final decision is likely to be influenced by the two most important factors: the feeling that the Funeral Director understands your needs, and what you can afford.

Organising the funeral yourself

There’s no legal requirement that says you have to appoint a Funeral Director. Some families choose to make the arrangements themselves for a variety of reasons; it may be that the person who has died wanted this and let it be known. Some people opt for an independent or DIY funeral because they feel it offers a more connected and personal way of saying goodbye. It can be a less expensive and more environmentally friendly option.

This is normally a decision that has been planned for. Unless you and the family have already discussed organising the funeral yourselves and have made plans in advance, organising a funeral yourselves can be a daunting prospect. The Natural Death Centre has plenty of resources, advice and information.

Another way is to organise the funeral yourself is to appoint a Funeral Director to help with some aspects of the service. The Natural Death Centre website has a UK-wide list of Funeral Directors who will help you organise a family-led funeral.

Non-traditional funerals are becoming more widespread in the UK. They are usually, but not always, planned in advance according to the wishes of the person who has died. Your relative may have talked about the kind of non-traditional funeral they had in mind, or may have included directions for the funeral separately from the will.

A secular or humanist funeral has no religious content. The ceremony focuses on the person who has died and aims to celebrate their life through readings, poems, tributes and speeches. The ceremony can be conducted by a trained celebrant, by a friend, or by a member of the family, or a combination of all three. There is no prescribed service or format; instead, the celebrant works with you to create the ceremony. Visit the British Humanist Association to find out more.

A green funeral aims to be as simple as possible and to return the person who has died back to nature with minimal impact on the environment. The body is buried in a natural burial site rather than a cemetery, and only sustainable materials are used for the coffin or shroud. The grave is often unmarked, though some burial sites allow a temporary cross or marker. A green funeral can be religious or secular, according to the family’s wishes.